Located in The Bitterroot Valley in Hamilton, Montana

Due to the high demand for our services we will be charging a no-show fee for all missed appointments that were canceled or rescheduled without at least 24 hours notice. Thank you!

Companion Pet Clinic will soon be undergoing a significant change when Dr. Emily Race, who has been an excellent veterinary associate at CPC for the last few years, will be opening her own practice, Skalkaho Creek Veterinary Clinic, in May. We wish Emily luck in her new endeavor. Those CPC clients who wish to continue seeing Emily for veterinary care are encouraged to let us know as soon as possible via phone call (406-363-6802), email (catdogdvm.frontdesk@gmail.com), or snail mail (801 South 1st St, Hamilton, MT. 59840) so that we can begin preparing records for transfer.

Our business hours will also change beginning April 1, 2021, when we will be open Monday through Thursday from 8:30 AM to 1:30 PM, and from 2:30 PM to 5 PM. The Pet Emergency Center, Pruyn Veterinary Clinic and Sentinel Veterinary Medical Center (all in Missoula) are open Friday-Sunday for after-hour needs.

As most of you know, we have been using curbside service and masks since the Covid pandemic started to minimize exposure of me and my staff to the virus. While infections have declined some, the numbers are still staggeringly high, and I remain convinced that our strategy remains necessary in order to keep us healthy until large-scale, community-wide immunity is established from both vaccinations and infections. Once the risk of infection has diminished sufficiently, I will open the doors to the public, but I plan on continuing the use of masks until the pandemic is considered over. When the weather is nice, we will again be offering dog exams in the side yard so that masked owners can be present. At least for now, Emily plans to allow masked clients into her new facility, so transfer to her clinic is an option for those clients that are uncomfortable with continued curbside service at CPC.

In order to increase efficiency and expedite yearly well-pet checks and administration of vaccines, I am initiating high throughput “vaccination clinics” on certain days whereby clients can get a 15% discount if they “pre-pay” over the phone for pets that need vaccines and well pet health exams, but have no current health issues. If health issues are detected during the well-pet check, we will schedule a follow-up appointment to conduct necessary diagnostics and treatment.

Thanks for your understanding, and I look forward to serving you in the future.

Companion Pet Clinic is a full service, small animal veterinary clinic located in the heart of the beautiful Bitterroot Valley in Hamilton, Montana. We are dedicated to providing compassionate, conscientious, high quality care for your family pet.

At Companion Pet Clinic we have a particular interest in the special needs and care of geriatric pets. However, we love to see puppies, kittens and pets of all ages. We specialize in medicine, surgery and dentistry, but we also provide laboratory, radiology, chemotherapy, and orthopedic services. As the information age explodes, so has our access to quality medical information. We regularly consult with Pathologists, Oncologists, Orthopedic and Internal Medical Specialists to help assess and treat our patients with the most current therapies and treatments available.

We strongly believe that preventive medicine can allow our pets to live happier, healthier and less costly lives. Our clinic staff is very knowledgeable and friendly and are available any time during our business hours to help you with any questions or concerns you may have.

At Companion Pet Clinic,we consider your pets as part of our family, and treat them as if they were our own.

Our goal is to keep our clients and their pets as happy and healthy as possible! We look forward to beginning a long and healthy relationship with you and your furry friend!

Older animals can be prone to a variety of health problems, and we specialize in caring for your senior family members. For older pets, we offer a Senior Program that is designed for comprehensive, preventative care. As pets age, health problems develop and changes occur more rapidly than in younger pets.

Our Senior Program includes a full examination, blood work (complete blood count, chemistry profile and thyroid testing), urine and fecal testing. We also believe older pets should be examined more frequently and so we include a free recheck exam 6 months after enrollment. If any dental work is needed, the senior program participants are also given a 10% discount on dental procedures.

Click on one of these links for a printable questionaire about your senior pet:

For the youngsters in the family we have pre-paid Puppy and Kitten programs. These include an examination every visit and the appropriate series of vaccinations needed to get them through their first year. We also include two dewormings for roundworms, which most puppies and kittens are born with, and a fecal check to rule out other less common parasites. The puppy and kitten programs offer approximately a 20% savings versus paying for each visit individually.

We also offer and recommend microchip placement to help your pet be identified should it become lost or separated from you. A microchip is a small rice-sized chip which contains similar technology to the bar codes used in retail. Each chip has a unique number which is registered with a national data base. The microchip is injected under the skin over the shoulder blades of your pet and has its own special ID number. All of the shelters and most veterinary hospitals in the United States and Canada have scanners to look for microchips and this technology can greatly improve your chances of recovering your lost pet.

Here is some useful info about cats and dogs. 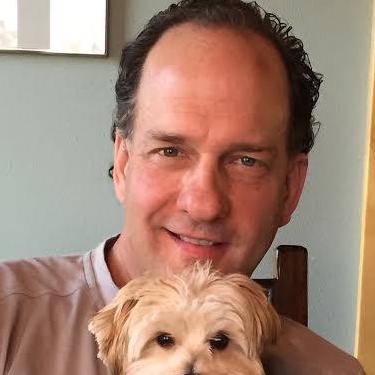 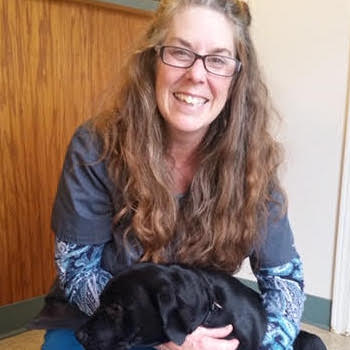 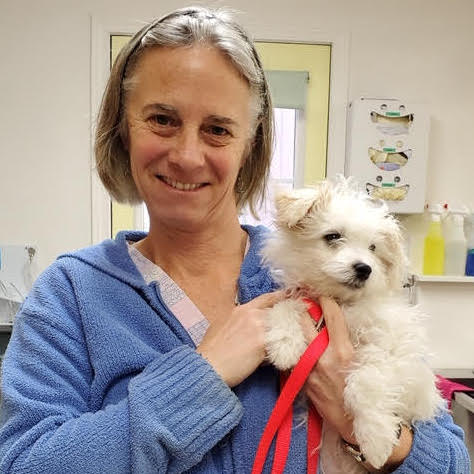 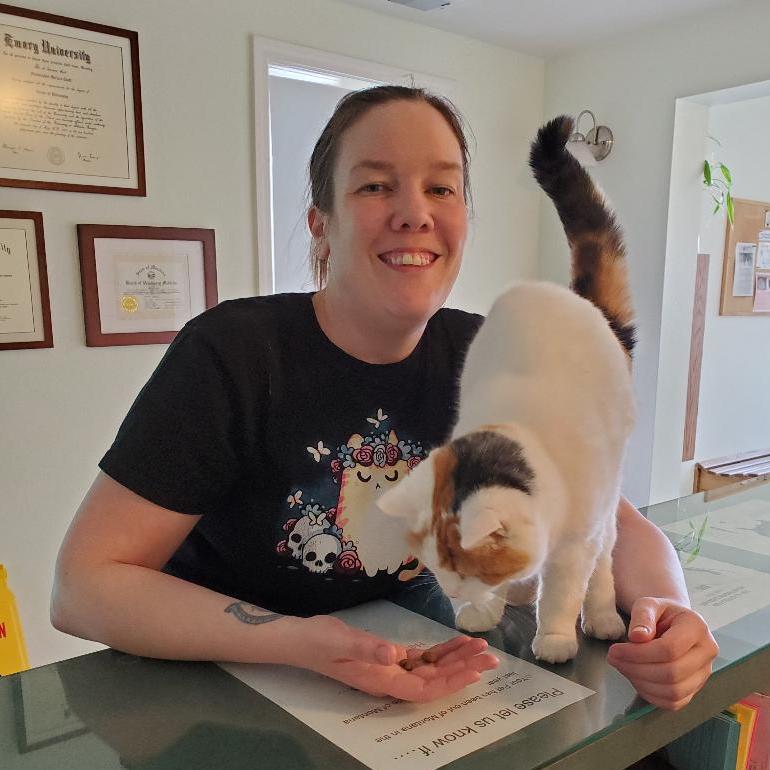 See what clients are saying! (Taken from our Facebook page)

Dr. Cluff and his expert staff treat my pup and kitty with care, compassion, and professionalism. They always take the time to explain options to me, even returning phone calls in their busy day. I have perfect confidence in this team. Love this clinic!

Always helpful.Everone is so friendly and care about our pets and their issues. It is comforting to have a friendly face for routine visits or those emergencies. Love you guys.

This is a great clinic. I used to live in Boise and I would travel the 8 hours to bring my dogs to Companion Pet Clinic. They take the time to get to know you and your pets and genuinely car about their health. They won't give a false diagnosis to get extra money from you and have very reasonable prices. They staff is friendly and professional.

Dr. Cluff joined Our CPC family in August of 2015. Chris was born in Wilmington, Delaware (first state, second smallest). After spending his childhood roaming the woods, catching and caring for salamanders, turtles, snakes and other assorted critters, Chris went to Bates College in Lewiston, Maine, and then to graduate school at Emory University in Atlanta, Georgia, where he obtained a Ph.D. in Immunology in 1988. After graduation, Chris traveled a bit and then took a position as a post-doctoral fellow at Rocky Mountain Labs for almost two years, and during that time met his future bride on the only blind date he ever had.


Chris decided to fulfill his childhood dream of becoming a veterinarian so he could do something he really loved and live wherever he chose. In 1990, Chris married Gail and moved to Clarkston, WA, where Gail could work as a high school teacher across the river in Lewiston, ID and he could go to the Veterinary School at Washington State University in Pullman. Chris graduated with honors in 1995.

Chris began to look for a job as a Veterinarian in the Bitterroot valley when he was hired by Ribi ImmunoChem, Inc, a biotech company in Hamilton that was developing cancer vaccines and drugs for organ transplantation. Chris was the perfect fit for the position as they needed a veterinarian with surgical skills and an immunology background. Chris spent two decades as staff veterinarian and senior scientist for Ribi, which was first purchased by Corixa Corporation and then by GlaxoSmithKline (GSK), Inc.

In 2015, GSK decided to move all vaccine-related research to Rockville, Maryland, which is a long way from this great place and not somewhere Chris had any desire to relocate to. Fortunately, Hans came to the rescue and asked Chris if he wanted to become a partner and eventual owner at Companion Pet Clinic so that he (Hans) could spend a little more time skiing and fishing. Chris jumped at the offer and is now having the time of his life helping cats and dogs live happy healthy lives.

Lora is a Native Montanan, born in Missoula. She started her work with animals right after high school. She then moved to Portland, Oregon for 10 years, continued her work with animals at a surgical specialty clinic in Portland, which presented her with the opportunity to further her skills. She was able to become certified I Small Animal Radiology and take the National Technician Exam.


The pull of coming back to Montana was always there for Lora, so packing up the family, she moved back to the Bitterroot to be close to her parents and grandparents. She shares her life with her two sons-Connor and Koh, their extended family of dogs Jack, Arthur, Frankie, cat Popcorn and the girls. (her chickens )

Annie grew up in Connecticut and moved to Montana in 2015. She has worked in various veterinary clinics for the past 30 years with a respite in the middle when she managed a private horse stable for 15 years. She lives with her husband Ed and there dog Lucille and cat Big Al.

Lisa is a Montana native, growing up in Hamilton. After graduating high school she joined the Air Force, where she served overseas for 12 years. She started work at CPC in 2013 as "the cleaning lady" and now she's helping out anywhere in the clinic that she's needed. She shares a home with cats Mortimer, Floyd, Tyson, Gaz, and pit bull Hunny B.

If you have an after hours emergency, we recommend contacting these emergency clinics: